Solution for dnsmasq – one domain, multiple servers. If record not in one server, how to forward request to additional servers until answered
is Given Below:

Maybe I have a perpetual brain-fart, but I can’t for the life of me figure out how to do this (or if it’s even possible). I installed DNSMASQ on 3 different servers in 3 different environments, all of which resolve the same domain name (example.com). 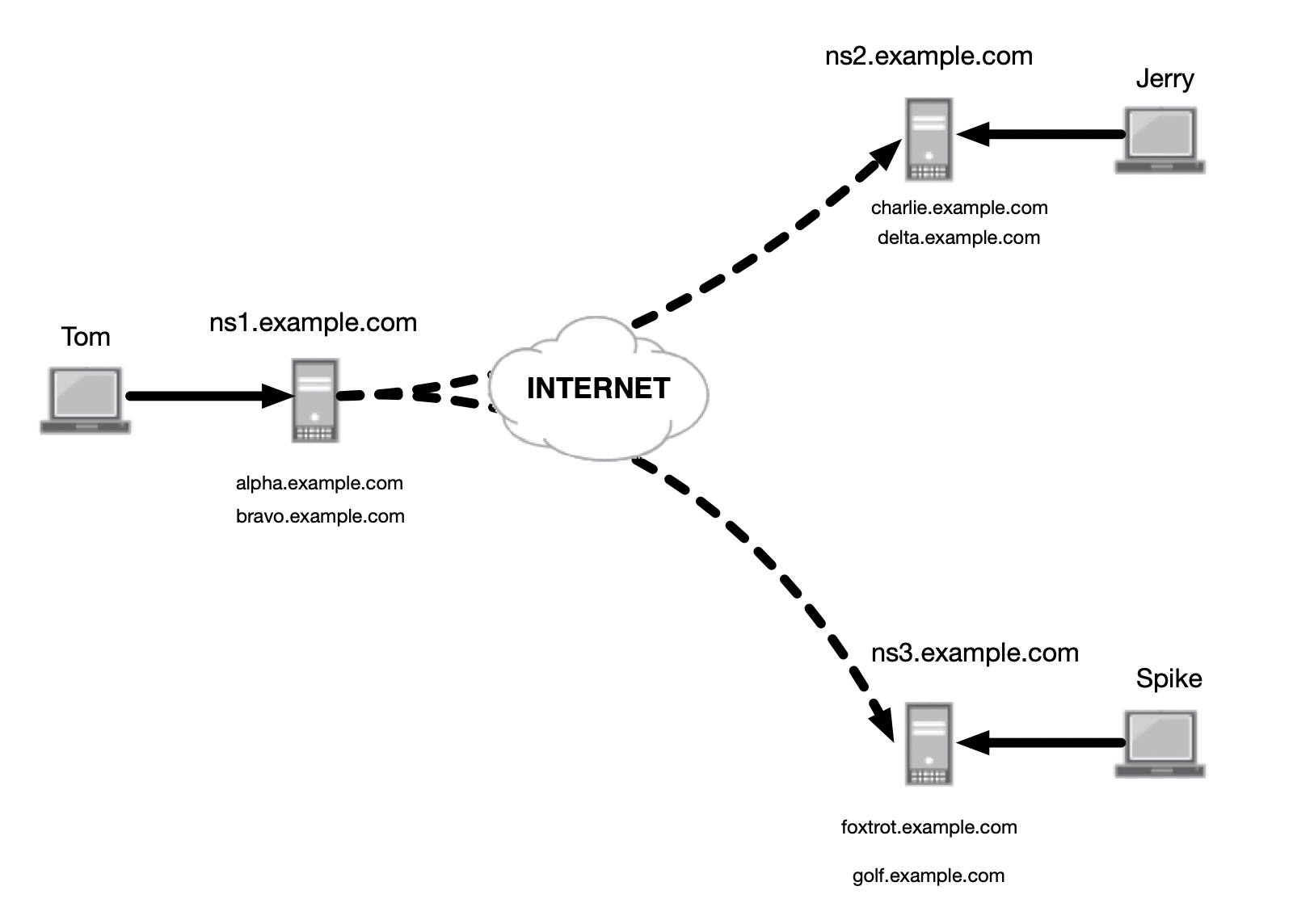 Based on what I’ve read, dnsmasq has an all-servers option, but from what I understand, it only resolves the fastest response, so I may just get an ‘unable to resolve’ before it actually gets a record.

Is it possible to have ns1.example.com forward/query requests that it does not contain to other servers until it finds a record?

As always, thanks for any input!