When, for someone who wants to iterate over the items of the set, the order matters.

Unordered sets have to pay for their O(1) average access time in a few ways:

Whenever you prefer a tree to a hash table. 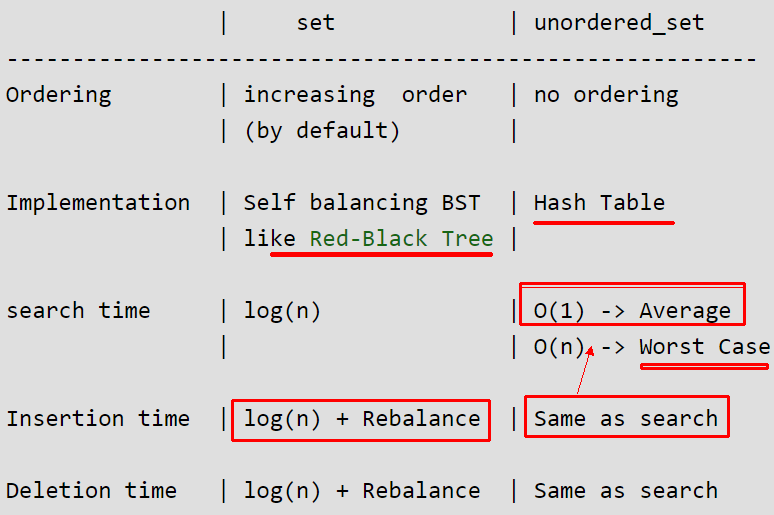 Note:(in some case set is more convenient) for example using vector as key

The reason why vector<int> can be as key in set because vector override operator<.

you can see that in some case unordered_set is more complicated.

Because std::set is part of Standard C++ and unordered_set isn’t. C++0x
is NOT a standard, and neither is Boost. For many of us, portability is essential, and that means sticking to the standard.

I benchmarked this dominant Linux C++ implementation to see the difference: 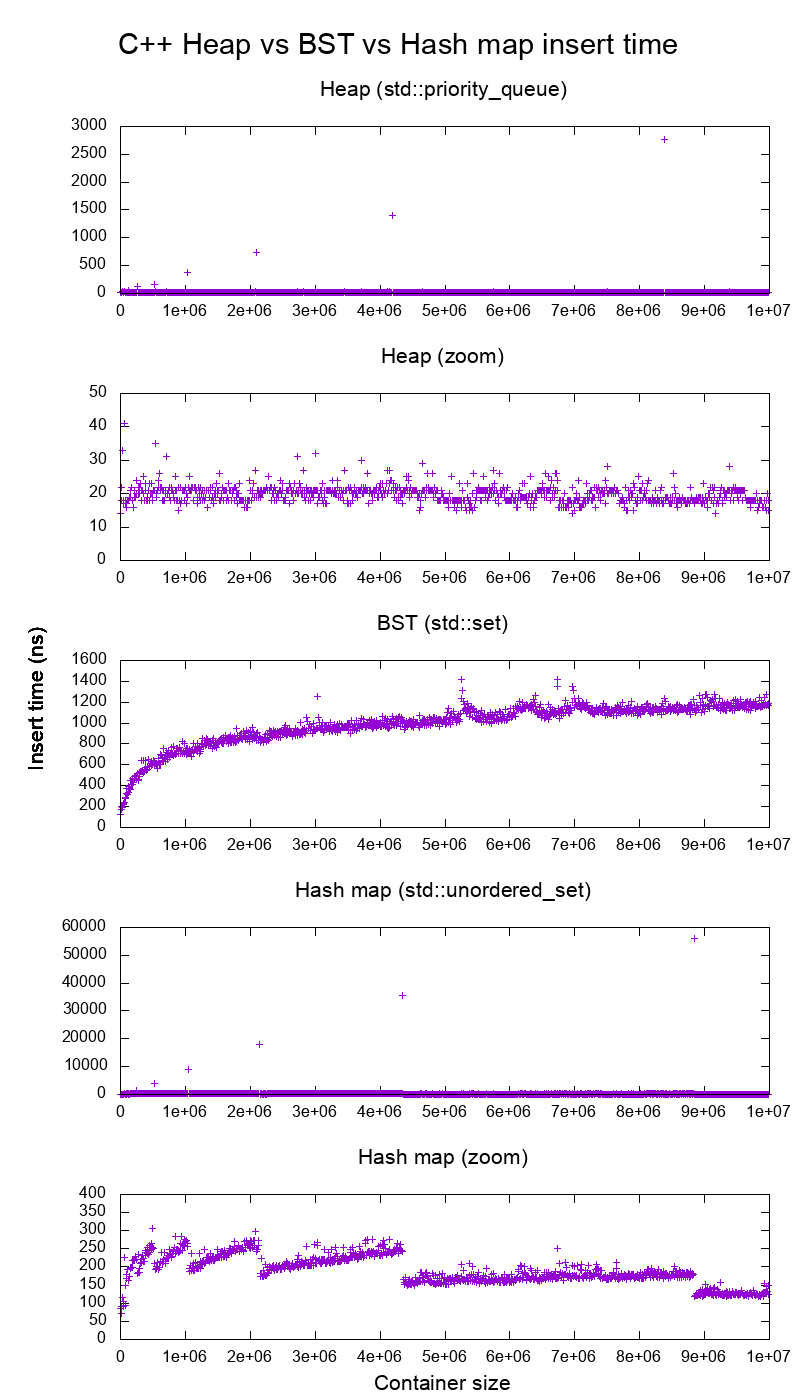 The full benchmark details and analysis have been given at: What is the underlying data structure of a STL set in C++? and I will not repeat them here.

As a quick summary:

Similar question for map vs unordered_map: Is there any advantage of using map over unordered_map in case of trivial keys?

One more thing, in addition to what other people already mentioned. While the expected amortized complexity for inserting an element to an unordered_set is O(1), every now and then it will take O(n) because the hash-table needs to be restructured (the number of buckets needs to change) – even with a ‘good’ hash function. Just like inserting an element in a vector takes O(n) every now and then because the underlying array needs to be reallocated.

Inserting in a set always takes at most O(log n). This might be preferable in some applications.

While this answer might be 10 years late, it’s worth pointing out that std::unordered_set also has security downsides.

If the hash function is predictable (this is typically the case unless it applies counter-measures such as a randomized salt), attackers can hand-craft data that produces hash collisions and causes all insertions and look-ups to take O(n) time.

This can be used for very efficient and elegant denial-of-service attacks.

Many (most?) implementations of languages that internally employ hash maps have run into this:

Pardon me, one more thing worth noticing about the sorted property:

For unordered_set it is impossible.

Of course, this example would be more convincing for usage cases between map and unordered_map.

Off hand, I would say it is convenient to have things in a relationship if you’re looking to convert it into a different format.

It is also possible that whilst one is faster to access, the time to build the index or the memory used when creating and/or accessing it is greater.

If you want to have things sorted, then you would use set instead of unordered_set. unordered_set is used over set when ordering stored does not matter.

Here’s a practical reason that I haven’t seen listed… if used incorrectly in buggy code, unordered sets can cause code to behave differently on different machines. This is because the order that the values are stored is not consistent across machines.

If code is (incorrectly) written that relies on the order of storage, the result will be that the program behaves inconsistently between different machines. Practically, this could happen if the unordered set is part of the implementation of a function/method that returns a list of values. The client of that function may not realize that an unordered set is being used, and may not realize that the order of the returned list is not guaranteed to be consistent/portable.

Thus, unordered sets are a bit more unforgiving to the programmer than ordered sets. They introduce this additional mechanism for confusing code behavior, which can lead to time consuming/confusing bugs because they may not be reproducible between machines.